Although this is a small museum, and photo opportunities limited, we did find two exhibits of particular interest.

The first exhibit dominates a large room. It is a wonderful, huge 3D map of historical Valencia that you can walk completely around to view the city from various vantage points. There are a number of convents and churches on the map that have been lost or demolished after being badly damaged by the flooding of the Turia River. (The river was diverted around the city in 1959 to prevent future problems). We find that we often come across references to these old convents and churches, so this 3D map is a useful visual reference.

The second exhibit we enjoyed was a Comic Book exhibit. Both American and Spanish comics were included; primarily from the first half of the 20th century. We read that the genre of comics is considered by some to be the “ninth art”. (The first eight forms of art are painting, sculpture, architecture, photography, printmaking, conceptual art, installation art and performance art).

Walking through this exhibit definitely reminded us of reading and enjoying comics when we were in our teens and preteens and certainly brought smiles to our faces. 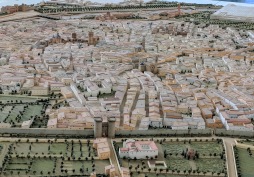 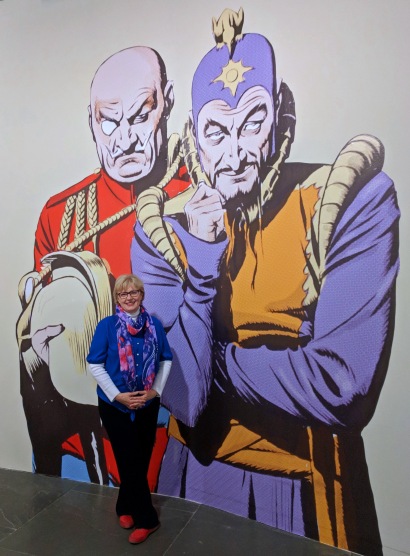 Julia posing with Ming the Merciless and the Kaiser

Timeline of Illustrators of the Comics in this collection 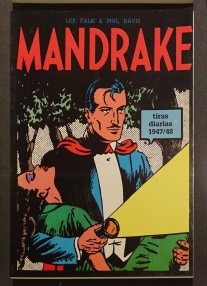 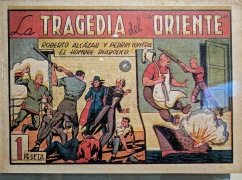 Bringing Up Father by George McManus 1938