From 1415 to 1423 Peñíscola Castle was the home of an Aragonese nobleman, Avignon Pope Benedict XIII (known as Papa Luna), and the castle today takes its name from him, Castell del Papa Luna. (There is a fascinating backstory during this time period referred to as the Western Schism, a time when the papacy in Rome split apart, with a group of Cardinals and one Pope in Avignon, France and another group of Cardinals and a second Pope staying in Rome.)

Peñíscola Castle was restored, improved and new walls were added in 1960 when the movie, El Cid, was partially filmed there. This extraordinary location has been used in a number of films including, in 2015, the Game of Thrones.

When gazing up at the castle, it is easy to sense Peñíscola’s colorful past. 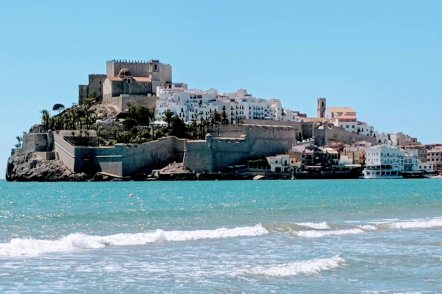 View of the castle and old town

Chapel of the Knights Templar 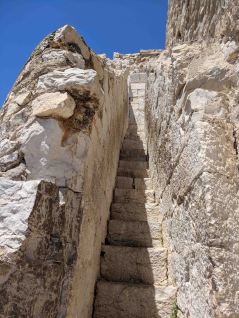 Tower of the Hermitage of the Mother of God

Hermitage of the Mother of God

View out towards the old port